Back to all posts

Wow it was snowy at Pearson last night. I was amazed we took off at all. We did lose an hour to de-icing, so that was fun. Lots of people lost their connections in Atlanta. I was insanely determined to not be that person. I had 20 mins to orient myself in a HUGE airport, find a down escalator, jump on a train, change into my run-friendly shoes, find up escalators after only finding down ones, find I went wrong way, turn around and, like a great movie, I could see Gate 30 and I literally (correct usage, I guarantee) had 2 minutes to cover 7 gates.

Success, wheeze, wheeze...they have my aisle seat away, but I got on the plane darn it. Found a shuttle. Listened to the driver’s familiar, distinctive New Orleans patter.

I landed on the biz side of the Quarter but I spent my first night in the 9th Ward so I took my first walk across the Quarter in years. It looks a little ragged for my memory but she has been through much- we should all wish to age so well. I was strategically passing by Cafe du Monde but the line-up was insane. I will sait that deep craving later today. Grabbed pizza and my first walking beverage- an Abita Amber.

I am home. At least home to a part of me.

I believe I will find her in a few hours, right behind a tuba. In the meantime, I am hanging with my photo-averse Mom-South SueSue and her many cats and ridiculously good coffee. I slept well to the sounds of string winds and boats moving through the very canal that caused such havoc so long ago. It’s a good start. 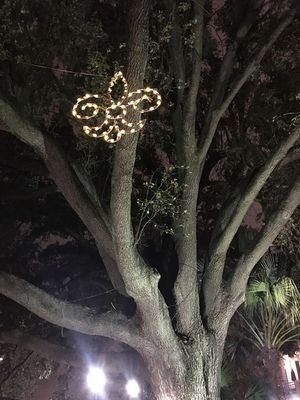 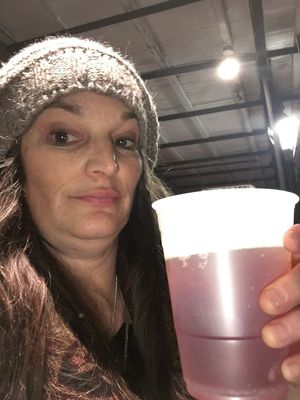 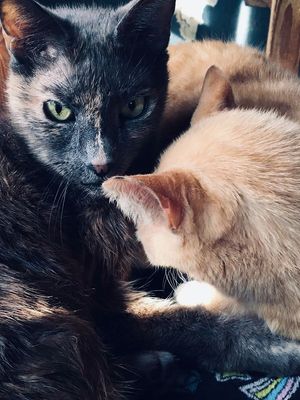